" A Welcoming Community of Faith Rooted in the Catholic Tradition "

Why We Are Evangelical

After Pentecost, when the fire of God's love rested on the Apostles (cf. Acts 2:3) who were gathered together in prayer "with the women and Mary the Mother of Jesus, and with his brothers" (Acts 1:14), the Lord Jesus' mandate began to be realized. The gift of the Holy Spirit, abundantly poured out by Jesus Christ (cf. Jn 3:34), was the beginning of the Church, which is missionary by its very nature. In fact, immediately after receiving the anointing of the Spirit, St. Peter the Apostle "stood...lifted up his voice" (Acts 2:14) and proclaimed salvation in the name of Jesus, whom "God has made...both Lord and Christ" (Acts 2:36). Transformed by the gift of the Spirit, the disciples went out into the then-known world to spread the "Gospel of Jesus Christ, the Son of God" (Mk 1:1). Their proclamation reached the Mediterranean area, Europe, Africa and Asia. Guided by the Spirit who is bestowed by the Father and the Son, their successors continued their mission, which remains "in season" until the end of the ages. As long as she exists in this world, the Church must proclaim the Gospel of the coming of the Kingdom of God, the teaching of her Master and Lord and, above all, the Person of Jesus Christ.

In recent times, the term "evangelization" refers to every aspect of the Church's activity. In the wider context of evangelization, particular attention is dedicated to the proclamation of the Good News to persons and peoples who, until now, have not known the Gospel of Jesus Christ or have been excluded from it.

In the Decree Ad gentes, the Second Vatican Council emphasized the missionary nature of the entire Church. In accordance with the mandate of her founder, Jesus Christ, Christians not only are to provide the support of their prayers and material resources to missionaries, namely those who proclaim the Gospel to all persons, but are themselves called to contribute to spreading the Kingdom of God in the world.

The Urgency to Evangelization

At the conclusion of the 1997 Synod of the bishops, clergy and laity which created and formed the Evangelical Catholic Church, the topic of the evangelization was at the top of the it’s agenda. "During the work of the Synod what was often understood was the need to offer the Gospel anew to people who do not know it very well or to those who have historically been excluded from it.” What was often evoked was the need for a new evangelization for the People of God. This was quite a widespread theme, especially in the United States where Catholicism has long established roots.

It was this obvious realization that the primary mission facing this newly established catholic faith community was to emulate the work of the four evangelists, Matthew, Mark, Luke and John and of the early church to preach, teach, give witness and to unconditionally welcome all to the sacramental, spiritual and liturgical life of the Catholic faith. The more which we embraced and focused on the evangelical mission before us, it became obvious to one and all that the name of this new catholic jurisdiction should be the Evangelical Catholic Church.

The Duty to Evangelize

In proclaiming and transmitting the faith, the Evangelical Catholic Church imitates God who communicates himself through the gift of his Son to humanity, who lives in Trinitarian communion and who pours out the Holy Spirit so as to carry on a dialogue with humanity. So that evangelization might mirror this divine communication, the Church must allow herself to be formed by the Spirit and make herself configured to Christ crucified, who reveals to the world the features of God's love and communion. In this way, the Church will rediscover her vocation as Ecclesia mater, who begets children for the Lord by transmitting the faith to them and teaching them the love which generates and nourishes all of her children.

The center of proclamation is Jesus Christ, who is believed and to whom a person bears witness. Transmitting the faith essentially means to transmit the Scriptures, primarily the Gospel, which give a person the opportunity of knowing the unconditional love of Jesus, the Lord.

St. Paul the Apostle acknowledges the primary role of the action of the Spirit at a particularly intense and meaningful time for the nascent Church. In fact, some believers felt that other roads were to be taken; others among the first Christians displayed an uncertainty in facing and making some basic choices. The process of evangelization became a process of discernment. Proclamation first requires moments of listening, understanding and interpretation.

The idea of “progressive” or “liberal Christian evangelism” may seem at first to be an oxymoron. But consider the state of Scriptural literacy in the 21st Century. Most people have little to no knowledge of what the Gospel or the Hebrew Scriptures actually says. Indeed, outside of Christian churches few consider the Bible to be relevant to any discussion about the tough issues such as human rights for all persons; climate change; corporate malfeasance; poverty; or war. As for church-going Christians (whether liberal or fundamentalist) most turn out to be “untutored” in the Bible beyond the few short verses required to be memorized in Sunday School. Among these, of course is “Jesus wept.” The writer of Luke’s gospel was trying to make a point that the “wise and intelligent” were less able to recognize the Kingdom of God all around them. The “untutored” were children, the poor, and the less privileged, whose only hope was the Kingdom of God. Given the state of Biblical literacy in the church today, the truth about Jesus is still hidden from “the wise and intelligent.”

If 21st Century evangelists are to reclaim Jesus’s teachings as a way of life, we may want to take a page from Paul’s mission to the Gentiles outside of Jerusalem. Paul’s original intent was not to form a new separate church, but to transform Judaism from within. But the controversy over whether new Gentile converts to the Way were required to follow Jewish laws (specifically circumcision) led to a rift between Paul and the Jerusalem faction. Paul’s increasingly universal interpretation of the meaning of Jesus’s death and resurrection resulted in the eventual separation of Judaism from Christianity. If an analogy may be made between this historical series of events and current Christian debates, then Paul’s letter to the Galatians is particularly relevant

In many ways, our times are similar to those in which St. Paul lived. As Evangelical Catholics, we too find ourselves immersed in a period of significant historical and cultural change. Evangelical activity demands that we undertake a similar, corresponding and timely activity of discernment and pro-active response. Today, the humanity and society are involved in a new stage of history. Profound and rapid changes are spreading by degrees around the whole world. Since our 1997 Synod, these changes have steadily increased over the years and, unlike in those times, have brought with them not only hopes and dreams of a more spiritual healthy and inclusive world, but also fear and skepticism. The initial decade of this new millennium, has witnessed developments which have indelibly marked the history of humanity and dramatically affected it in many ways.

We are living in a particularly significant, historic moment of change, of tension and of a loss of social and spiritual equilibrium and points of reference. These times are increasingly forcing many to live immersed in the present and in passing things which make it increasingly difficult for us to listen, to transmit an appreciation for the past and to share values on which to build the future for new generations. In this context, the Evangelical Catholic presence and the work of the Church's institutions are not easily perceived and, at times, are even looked upon with great reservation and condemnation. In the last decades, repeated criticism has been leveled at the Church and the God we proclaim. Consequently, evangelization is facing new challenges which are putting accepted practices in question and are challenging, well-established ways of doing things. In a word, the Kingdom of God on Earth is requiring the Evangelical Catholic Church to consider, in an entirely new way, how she proclaims and transmits the faith.

Discernment requires distinguishing the subjects and themes which need our attention, listening and common discussion. To sustain the Church's evangelizing activity and make any required changes, our exercise of discernment must place the essential aspects of this ecclesial task at the centre of our consideration, namely, the beginnings, growth and progress of the "evangelization" within our faith community; the manner in which the Evangelical Catholic Church assumes and fulfils her responsibility and task of transmitting the faith today; and the actual means at Her disposal to be utilized, in today's world, to generate the faith (Christian initiation, education) and to meet today's challenges. In this way, discernment will become more attuned and even more "catholic" and "universal".

Our Responsibility and Vocation


The Evangelical Catholic Church is a catholic community of faith rooted in the catholic tradition.  In our collective discernment process, we believe that we have been called by the Holy Spirit to embrace and evangelize areas of growth and evolution within Catholicism.  We cannot and have not limited our knowledge and understanding of the faith to some time in the past.  We cannot evangelize any form of fundamentalisms from antiquity.  We must evangelize the faith of the present.

We believe that the Holy Spirit has called us to be a catholic community of faith that is neither fundamental or liberal.  In our journey we believe that we are called to be guided by the Holy Spirit, empowered by the Sacraments and supported by our ecclesiology to continue discerning how we can best evangelize and share our gift of faith with all of humanity.

This was the journey traveled by the Four Evangelists in the beginning of our Church.  It was the journey embraced by Bishop Carlos Duarte Costa in 1937 - and the Evangelical Catholic Church assumes this same renewed journey today.

We hope that this effort will provide an understanding of the Evangelical name, nature and vocation of this catholic community of faith. 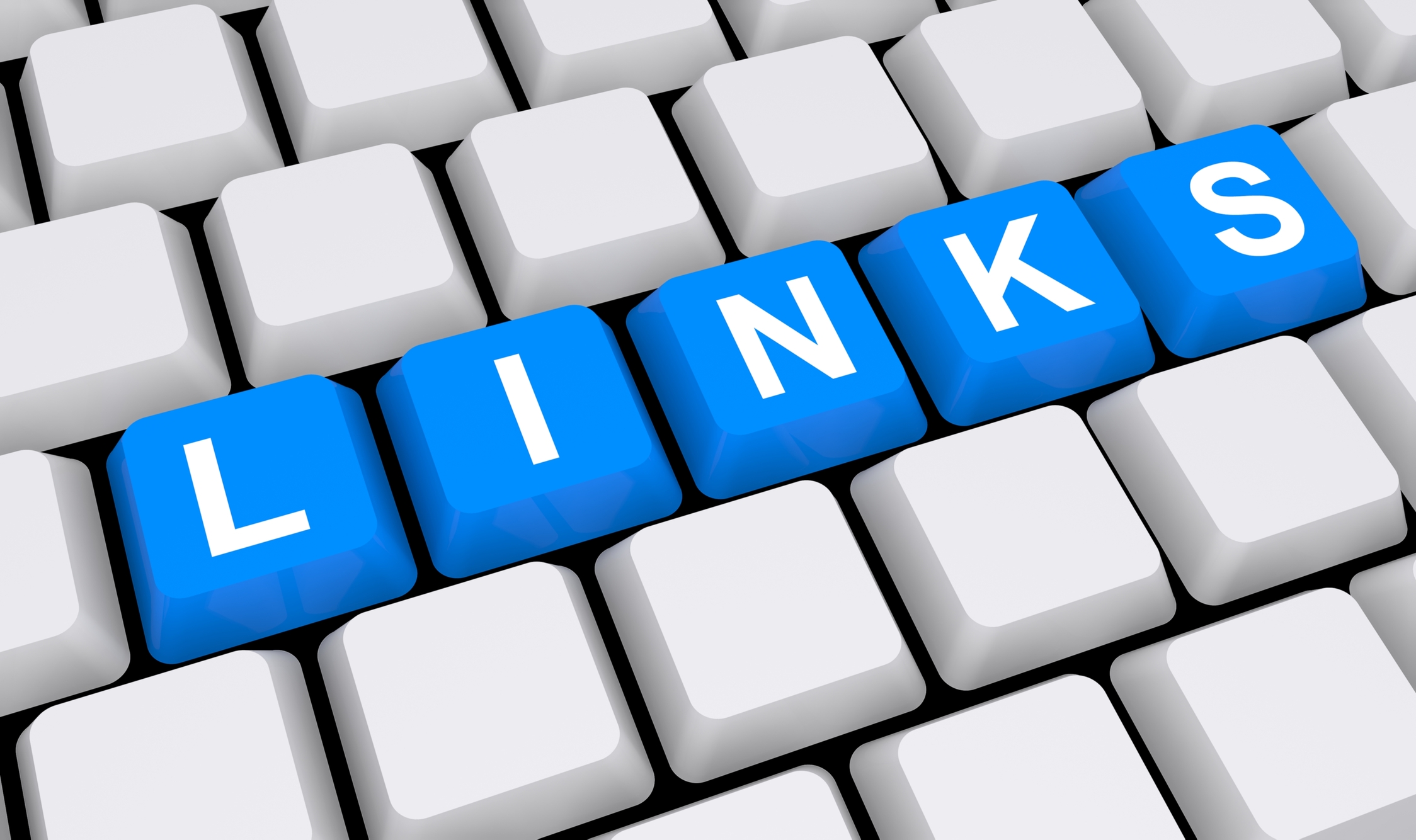